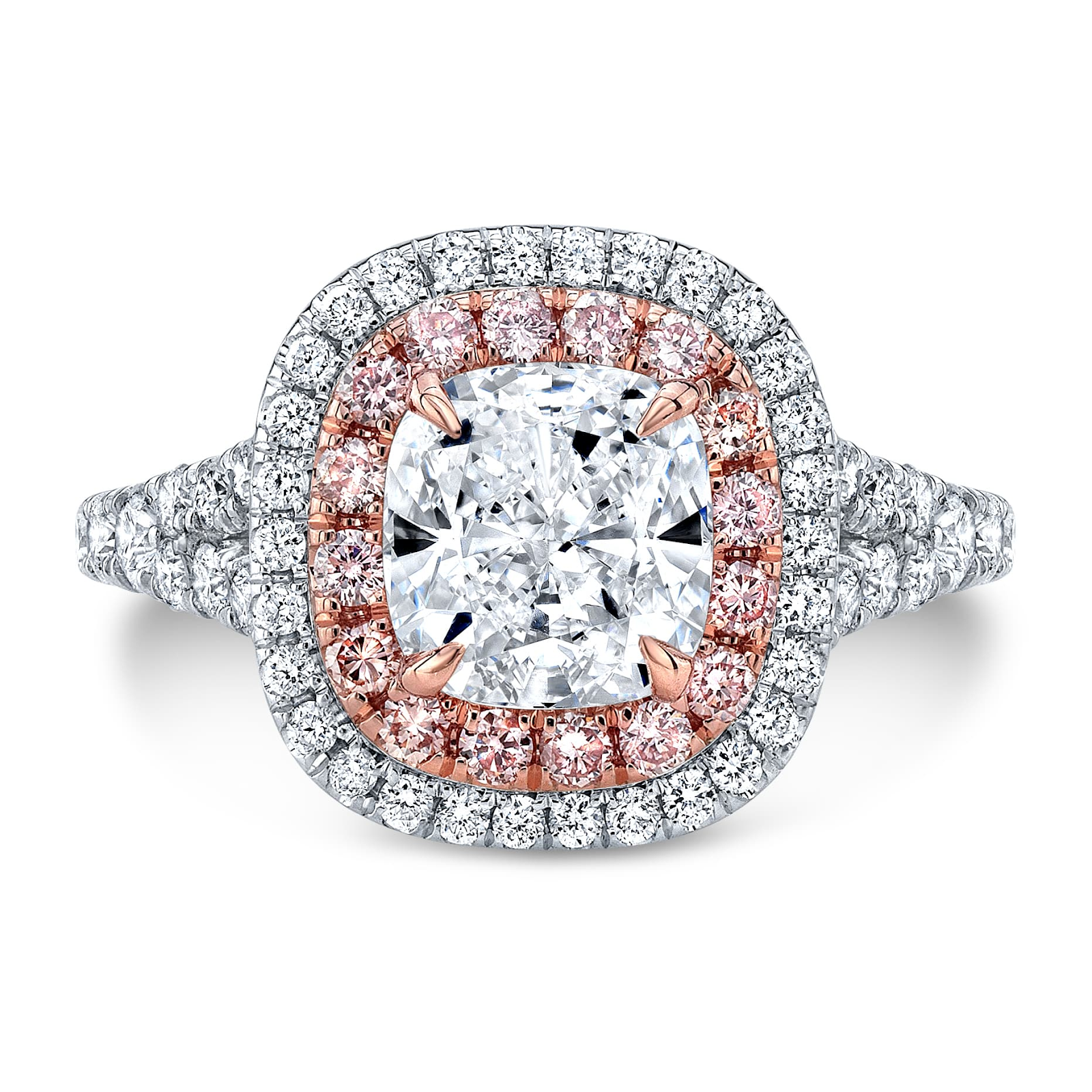 The simple fact of the matter is that life for the rich and famous is very different from the normal person— and that goes for relationships as well. Celebrities have changed the book on how engagements are handled by popularizing pre-engagement rings, setting trends with their extravagant wedding parties, and commissioning designs for some of the most extravagant jewelry in the world.

There are a lot of custom wedding rings out there, and that custom factor means that it can be hard to pinpoint definitively what the most expensive engagement ring in the world is. But that’s a blessing in disguise because it means there are plenty of striking options for you to track down and use as a template for your own (admittedly more modest) ring designs. All of these rings rank among the most expensive in the world, and they have the flash and substance to prove it.

You can’t put a price on love, but you also can’t always put a price on a good diamond— at least when there’s the celebrity rumor mill to contend with. The ring that Justin Bieber got Hailey Baldwin for their 2018 proposal has been estimated by some to rank at a quarter-million dollars, but Bieber says that he spent at least double that.

Regardless of how much it actually costs, the simple fact of the matter is that it costs. And the reason for such an exorbitant price tag? As is often the case, it comes down to the diamond embedded in the ring. The use of an oval cut solitaire diamond is very much in fashion, but the exact specifications are still something of a mystery.

It’s believed that the diamond offers somewhere between six and ten carats and is complemented by an 18-carat gold band. But what makes this ring truly special is the thought that Bieber put into finding an engagement ring that matched the natural elegance of Hailey’s hand.

It only makes sense that Queen Bey has an engagement ring made for a queen. Given the extent of her private wealth, she certainly didn’t need it, but husband Jay-Z was also comfortably able to provide it. The rap legend graced his then-fiance with a ring that’s estimated to cost a whopping five million dollars.

The reason for that exorbitant price tag? The diamond itself. Composed of a flawless 24 carats, it’s two to four times the size of Hailey Baldwin’s ring. But both women clearly have similar and sophisticated taste in settings. Beyonce’s ring also uses a solitaire setting, but it’s the smart use of a split-shank band that really lets the enormous diamond shine without looking like a gaudy diamond slapped on a band. And considering her position as hip-hop and R&B royalty, it only makes sense that the band itself is constructed from the best. Beyonce’s engagement band is comprised entirely of platinum.

Well, we’re talking about one of Elizabeth Taylor’s engagement rings, at least. With eight marriages under her belt (and none of them to men who were exactly paupers), she had plenty of jewelry to choose from. But the ring that rules them all was given to her by Richard Burton. The ring, composed of a staggering 33.19 carats, was a symbol of power that looked absolutely massive on Elizabeth Taylor’s delicate finger.

And unlike many of the rings on this list, where the ring’s actual price is a matter of secrecy between the jeweler and the buyer, we actually can put a price tag on Taylor’s ring. At a 2011 auction, it sold for a full $8.8 million. And while the quasi-mythical nature of the ring probably helped boost its value, the size and scale of the diamond are practically unprecedented.

Mariah Carey is known to be something of a diva, so it should come as no big surprise that she had to have one of the most expensive engagement rings in the world. Gifted to her by then-fiance James Packer, the ring splits 35 carats across two separate jewels— and it manages to dwarf Elizabeth Taylor’s in price as well, retailing for about 10 million dollars.

And Carey continued to prove the maxim that diamonds are a girl’s best friend, continuing to wear the ring well after the engagement was called off. Mariah continued to make the ring a centerpiece of her collection before eventually selling it off in May 2018 at a fraction of its price— roughly two million dollars. Because while this ring may be a sign of tremendous opulence, it’s just a drop in the bucket for Mariah Carey’s bank account.

The Blue Diamond by Bvlgari

Diamonds are rare enough, but colored diamonds are even rarer. Created when other elements get mixed into the carbon that will be pressurized into diamonds, only about 1 in 2000 natural diamonds are colored— and the color they achieve is predicated on what elements they’re exposed to. That means getting the color you want can be tricky.

In fact, it’s tricky enough to pull in nearly 20 million dollars at auction. Compare the eight carats of the Blue Diamond to the 33 in Elizabeth Taylor’s, and there may seem to be a serious discrepancy in terms of pricing. But the Blue Diamond separates itself from the rest of the herd with the sheer rarity and perfection of its jewel. It’s ranked as one of the purest and highest clarity blue diamonds in the world— so much so that one buyer managed to justify paying over two million dollars per carat for a grand total of sixteen million dollars.

Previous post: What does it mean to wear a wedding ring on your right hand?