Is Platinum Better Than Gold? 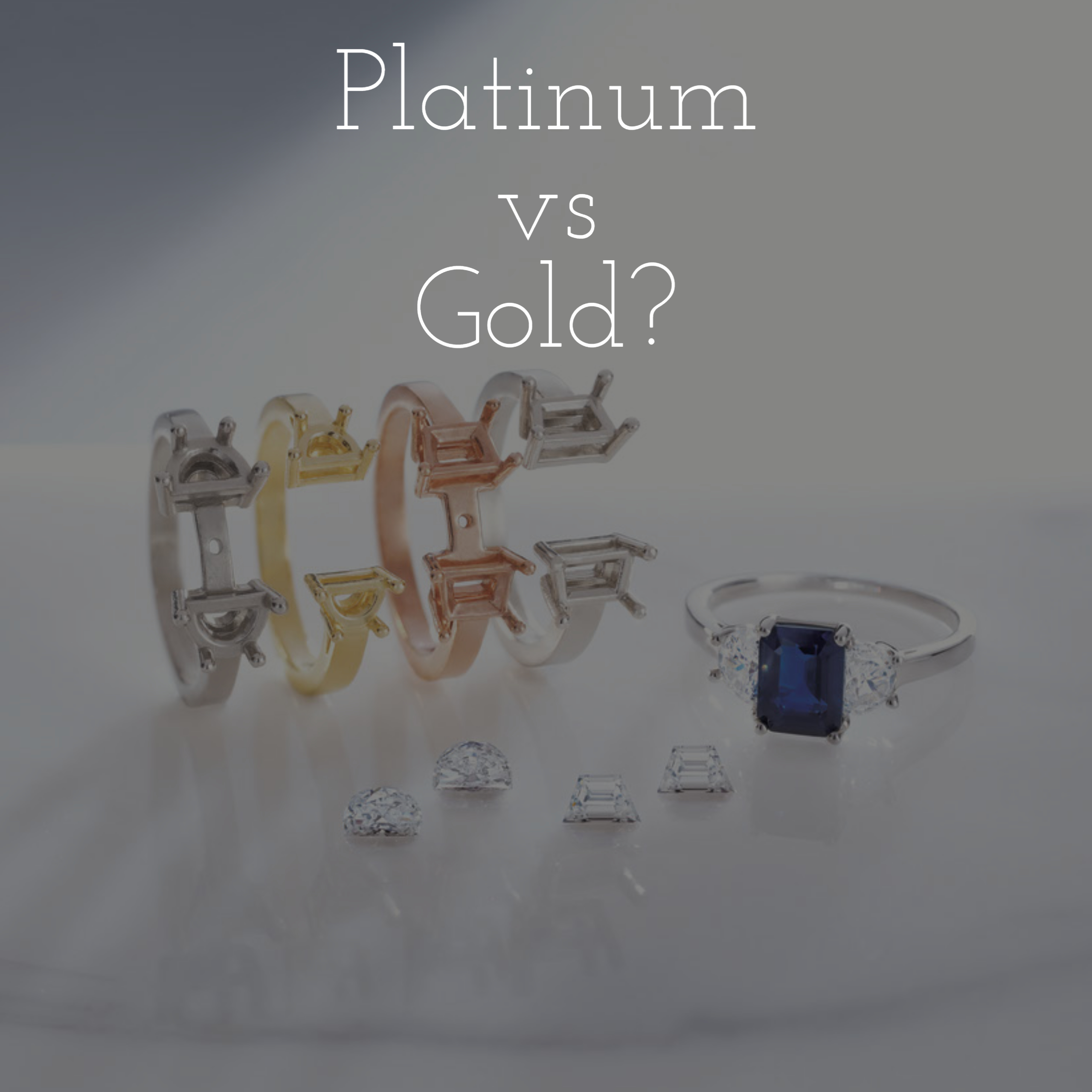 A common question jewelers are asked is “Is platinum better than gold?”. In all honesty, there is no right answer, because it all depends on what you’re looking for, what your budget is, and whether or not you’re happy to regularly maintain your jewelry.

Both gold and platinum are precious metals that are regularly used to make beautiful pieces of jewelry such as diamond engagement rings, bracelets and earrings.

In its natural form, yellow gold has that distinct yellow/golden color that makes it so appealing. However, white gold is also an increasingly popular choice. White gold is created by mixing gold with white metals such as silver or nickel, and is coated in rhodium. As a result, it takes on a very different appearance from the traditional yellow.

How do platinum and gold differ?

Platinum and white gold have a very similar look, so to the average consumer they’re almost indistinguishable. However, there are some key differences that may sway your decision as to which is better.

While both gold and platinum are strong, platinum is harder. Platinum is denser than gold, which means it’s more durable, and is less likely to break. That means there’s a smaller risk of you losing any of the precious metal.

Platinum may be stronger than gold, but ironically it is also softer – that means platinum is more likely to scratch or become damaged on the surface. It’s possible to rectify this damage with polishing.

On saying that, the higher the karat of the gold is, the more likely it is to scratch in a similar way to platinum.

It’s quite rare for somebody to be allergic to either gold or platinum. However, allergies to other metals often mixed with gold are quite common, such as nickel. As a result, thanks to its purity platinum is a much more hypoallergenic metal.

White gold and rose gold can change over time, and lose their shine as they become yellowed. In order to return them to their full glory, you’ll occasionally need to have your jewelry professionally polished and replated.

With platinum you’re far more likely to get good results by cleaning your jewelry at home. If lower maintenance is important to you, then you may prefer platinum. This is ideal when it comes to extra special purchases, such as diamond engagement rings, which you won’t want to part with.

Is platinum more valuable than gold?

While gold can increase in value the higher the karat, platinum is almost always worth more than gold.

Does platinum make a good investment?

Like gold, platinum is thought to be a worthy investment, as you’re highly unlikely to make any kind of loss. However, it isn’t completely risk-free. As with anything, the price can fluctuate depending on demand.

However, the demand for platinum is only increasing, so there’s money to be made by savvy investors.

The price of platinum doesn’t affect the price of gold, and vice versa. Because of that, investors are recommended to have a diverse portfolio of investments across gold, platinum and silver.

What is so special about platinum?

Around 1,500 tons of gold are mined every year, while only 150 tons of platinum are mined annually. That makes platinum much rarer than gold, and is another reason why it’s valued more highly.

Gold is found in multiple regions worldwide, whereas platinum is predominantly found in South Africa, with 75% of the world’s platinum mined in the region, along with Zimbabwe and Russia. Platinum has even been found in meteorites.

Is platinum as shiny as white gold?

Platinum is exceptionally shiny, as is white gold when it’s new. However, as we’ve already highlighted above, white gold does have a tendency to discolor quickly. Because platinum is naturally white, it never discolors.

This means it’s much easier to polish platinum, and it doesn’t need to be replated, unlike white gold.

When new, both white gold and platinum are hard to tell apart. Only when worn for some time will it become apparent what is white gold and what is platinum.

Why should you buy platinum?

It’s down to personal preference, but there are a number of key reasons why you might buy platinum over white gold:

Gold has a longstanding tradition associated with jewelry, and with good reason thanks to its beauty and prestige. However, platinum does have that extra level of durability and status, making it just that little bit more appealing for some consumers.

Looking for a platinum & Gold ring?

Take a look at our diamond engagement rings, and discover how you can custom order your desired metal. Platinum, 14K or 18K, we make them all.

Previous post: How Can You Tell if a Diamond is Real?